My client, Jorge Concepcion, Developer and Contractor purchased this former Firehouse to convert it to Condominiums.

The firehouse has had several uses since its beginning in 1857, the latest being a House of Prayer. “I wanted a contemporary glass and metal building that would be framed by the existing firehouse,” says Jorge. “The clock tower downtown is so prominent from that location that we incorporated a vertical tower with a diagonal finish at the left facade to create the visual dialog.” The modern aspects of the building become a shadow wall behind a stage curtain of the past. While the facade is a tribute to the history of the building, the floor plans are organized into modern and efficient condominiums for city living.

To preserve as much as possible, the project presented several engineering challenges both practically and financially. The new 4-story building has a new foundation on its west side, constructed between the existing foundation of the firehouse and the neighboring building. The east wall sits on the existing party wall foundation of the firehouse and the eastern side of the neighboring building, bringing the whole structure to its new height elevation. Another challenge was to determine the steel structure that would both support the new building and stabilize the existing firehouse facade.

The project is also discussed on the Fort Greene Development Forum on the Wired New York Forum, in this posting on The Fort Greene Blog, and on brownstoner.com.

Also, the project is mentioned briefly in this New York Times article about another Brooklyn Firehouse conversion.

Susan Sheffmaker, architect, owner Sheffmaker LLC; Maria Concepcion, Jorge Concepcion, owner, developer, and contractor, and Maria Alvarez Castro, President and CEO of the Manhattan Hispanic Chamber of Commerce. At the “Fort Greene Modern” exhibition at the Irondale Center For the Arts in Fort Greene, Brooklyn, May 6, 2006. 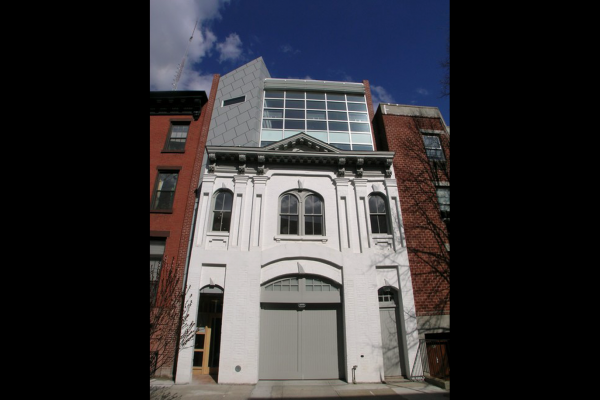 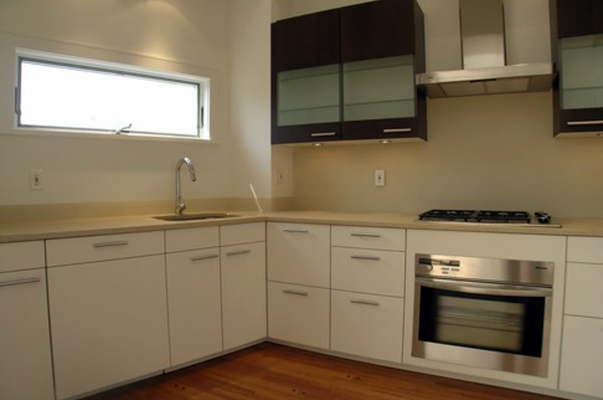